Javea is situated approximately halfway between Valencia and Alicante on Spain's 'White Coast', better known as the Costa Blanca. It has been officially classified by the World Health Authority as 'environmentally near perfect', it boasts a full 10 month season and is a golfers paradise in the winter.
Sophisticated Javea rests under the 'Montgo', a large mountain that looks for all the world like an elephant's head. Four kilometres from the sea is the old traditional town, with its quaint narrow streets and Thursday market. Then there is 'the port', a pretty area of shops and restaurants in its own right and finally the lovely sandy beach area of Arenal with its fine promenade, offering bars and restaurants to suit every taste and pocket. Three fine golf courses, tennis, horse riding, a disco or two and every kind of watersport completes the picture. 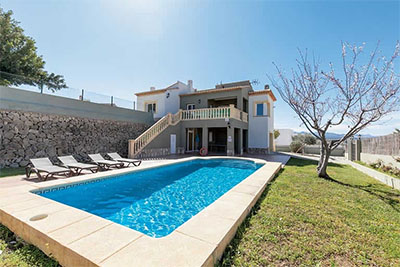 Painted in a rich olive green Villa Olivo is an attractive two bedroom villa with air conditioning in both bedrooms. The villa is tastefully decorated in a modern style throughout, and offers Wi-Fi and satellite television. 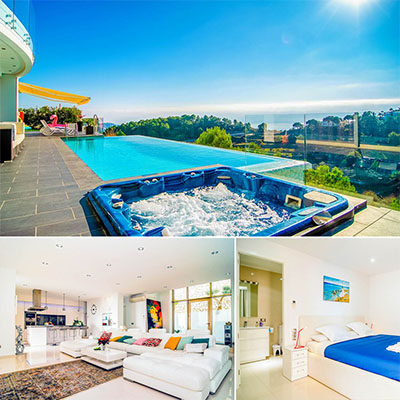 This is the ultimate minimalistic hangout for big groups. Up to ten people can take advantage of the pristine infinity pool, hot tub and jaw-dropping views that come as standard. Ultra-sleek, modern décor and artwork adorn the walls. Dine on freshly-grilled dishes under the gazebo or over in marvellous Moraira. 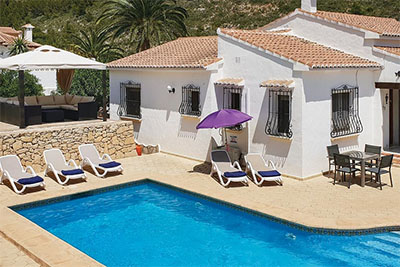 Located in the Portet Valley in the popular resort of Moraira, Villa Taransay is a comfortable property perfect for a relaxing holiday in the sun, whilst only being a short drive from the beach, bars and restaurants of this charming seaside town. 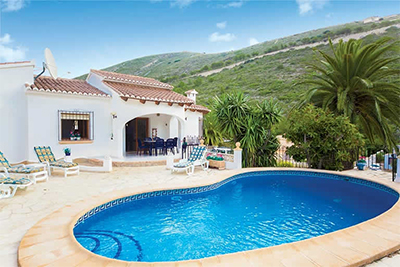 Colbryca is a very attractive, whitewashed villa nestled in the Portet Valley of Moraira, with air conditioning in all the bedrooms and a really homely feel.